What: Implementation of a commingled recycling program.

Why: To remain committed to improving Allegra’s environmental impact.

How: Partnering with their existing hauler to add recycling and lower garbage service. 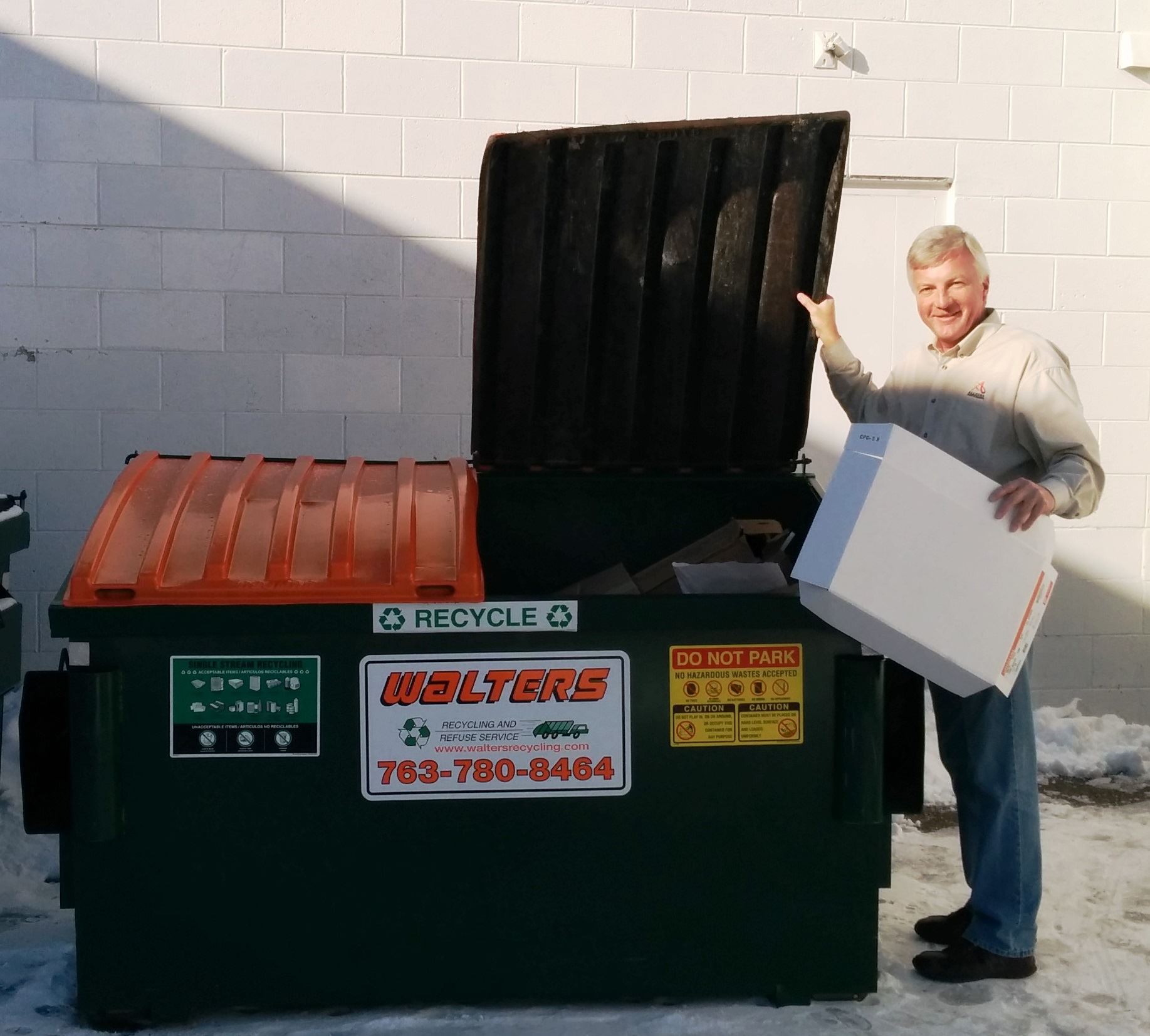 Tom Newland, owner of Allegra Design Print and Mail in Blaine, has a legacy of recycling. When Minnesota Waste Wise first met with him during an Energy Smart on-site consultation, it was obvious Newland was eager to improve Allegra’s environmental impact. In addition to identifying ways to improve Allegra’s energy efficiency, the Energy Smart/Waste Wise consultant found room for improvement in Allegra’s waste stream. Although Allegra had been recycling its unusable printing paper for years through Rise, Inc., a local job placement agency for people with disabilities, their garbage dumpster was mostly filled with another recyclable material, corrugated cardboard. This cardboard waste represented an easy opportunity to divert additional material from the garbage; Tom was ready to learn more.

After the initial meeting, Waste Wise contacted Allegra’s garbage hauler, Walter’s, also a Blaine business and obtained pricing for a few recycling options. In the end, Newland decided to reduce his garbage service from three yards per week to two yards, and added a two-yard recycling container.

“The process was painless,” he stated. “I simply introduced my business to Waste Wise and they did the leg work.” Newland’s primary concerns regarding the addition of recycling were added noise (Allegra backs up to a residential neighborhood) and space constraints, but these have proven not to be an issue. This painless change in waste service has the potential to divert

approximately 14,500 pounds of recyclable material from Allegra’s waste stream annually. In addition to diverting large amounts of corrugated cardboard, the co-mingled service allows Tom and his staff to recycle much more, including plastics, glass, aluminum and other paper.